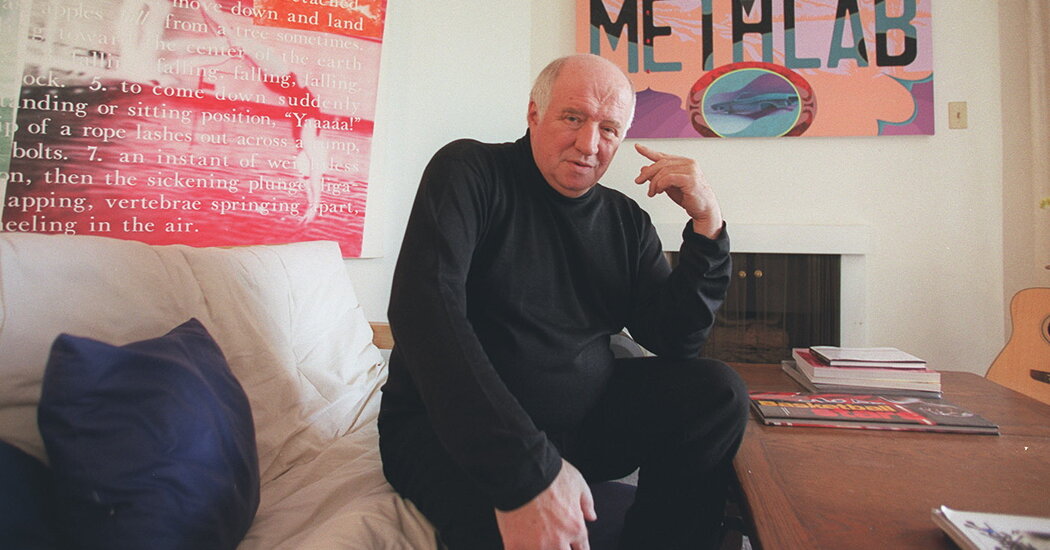 Mr. Hickey quickly took to teaching and to his new hometown. The city seemed to epitomize everything he could dream of for a democratic culture – art galleries nestled next to giant hotel casinos, opera singers swapping stages with lion tamers, and it all filtered through the hustle and bustle of commerce.

With his wife, he is survived by his brother, Michael.

Faced with health problems, Mr. Hickey retired from teaching in 2012. But he continued to write, especially on Facebook. Two edited collections of his articles, “Wasted Words” and “Dust Bunnies”, were published in 2016. Another book, “25 Women: Essays on Their Art”, also published in 2016, raised eyebrows those who still considered him to be. an unreconstructed male chauvinist.

And he continued to mock all the forces and institutions that he believed had ruined the art world he had known in his youth. He particularly despised identity politics, he told the Los Angeles Times in 2014, for dividing like-minded people into antagonistic categories.

“Identity politics has tribalized art underground and shattered its dissonant tone – a tribe of women, a tribe of blacks, a tribe of homosexuals,” he said. “Before, it was all of us, together, just in the mud.”