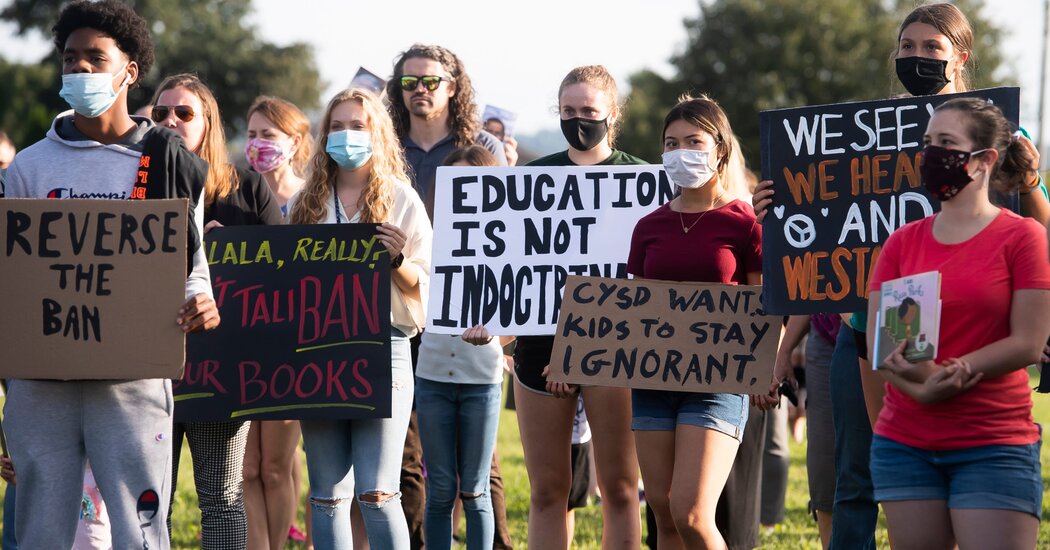 “Every day he seemed to get bigger and bigger,” Ms. Ellis said.

The committee that drew up the list in August 2020 consisted of faculty, students, residents and board members reacting to the many protests that followed Mr Floyd’s murder. When the board voted to keep materials out of classrooms, it received little attention in York, a county with nearly half a million people about 100 miles west of Philadelphia.

The county has 16 different school districts covering rural and suburban areas, as well as the City of York, where just over half of the population is black or Hispanic, and where the memories of race riots 50 years ago linger still.

At the time of the vote, public attention was mostly focused on the pandemic and the presidential election, according to the students.

But Patricia A. Jackson, a high school English and creative writing teacher, said instructors “live in fear” of discipline.

“I had kids who wrote stories about queer love and trans love, and I was worried about the backlash about it,” she said.

Ms Gupta said she was not even aware of the vote.

At the time, she and other students, who had formed the Panther Anti-Racist Union, were trying to convince the board of directors to adopt a social studies program that included an African American studies course. The group was named for the school mascot.

Other townspeople said they were stunned when they saw the list of prohibited resources.

“It takes your breath away,” said Hannah Shipley, 27, a nanny in York, Pennsylvania. “Are people afraid of these books?” “