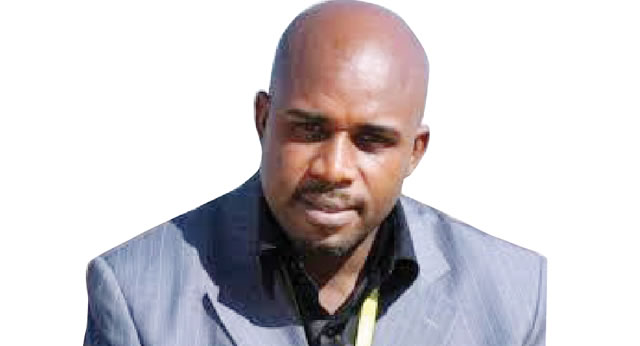 BLESSING ENENAITE talks to some notable filmmakers about their contributions to the film industry over the years, their accomplishments, and other issues.

What would you describe as your greatest achievement in your career?

I think I touched lives. I know a lot of people have walked into the industry for what they can get, but the kind of achievement that I cherish the most is when I see the impact of these films. As a filmmaker, you tell stories not only to entertain people, but because you have to educate, inform, change perceptions, change society and change behavior in a positive way. The highlight of my career was when the federal government called me in and awarded me a national honor in recognition of my contribution to the industry.

How did you feel to be honored by former President Goodluck Jonathan?

I was very happy and it was a period of sober reflection because I was able to think back to the beginning of this industry. I was happy to be alive to see such recognition come to me and the industry. Nowadays, parents send their children to film schools abroad and we are happy to be able to build the film industry in a state where it has become attractive to everyone. The day I received the national honor, I was happy that the government saw my efforts and my contribution and chose to honor me. It was an indication that our efforts were and still are not in vain. When you think no one notices, people are actually watching and the government is watching and taking notes as well.

Why did you leave the public service to join the industry?

My childhood fantasy was to be a doctor. In the end, I didn’t study medicine and everything I studied or found myself doing, even in public service, didn’t flourish me because it wasn’t what I wanted. At one point in my career I was even confused as to what to study because I was good at accounting, economics, biology, and other fields. Having joined the public service, I did not have this accomplishment but I devoted myself to my work. The movie industry was not popular at the time, but when a movie called “Living in Bondage” came out in 1992 it changed a lot of things in the media space and it was like a window to opportunity. By the time I had the opportunity to enter the industry, I wasted no time getting into it. I practiced cinema and at the same time I worked as a civil servant until 1997 when I decided to throw in the towel. I have been in this industry since then and am glad I made this decision. I am self-employed, I do my things as I want and that gives me great joy.

What are some of the principles that have helped you survive in the industry?

Discipline and self-control are some of the principles that have helped me so far. Besides, I knew that a good name is better than wealth and what you sow is what you reap. With that in mind, I have become very aware of what I am doing and am very focused on my business.

How have you managed your career and your family?

There is a notion that people in the entertainment industry are not managing their families well because of the few divorce cases that we have seen among them. It makes some people believe that our marriages are not stable. I got married in 2001 at the height of my career and recently celebrated my 20th wedding anniversary. I had planned back in high school that I would get married at the age of 30 and had already imagined what my marriage would look like. My plan was to run a responsible home and take care of my family, which made it easy for me to project what my life would be like. At first I was very engrossed in my work even when I was married, but I had to adapt when my wife complained. I had to create time for my family and not let my job interfere with my family.

Do you think the government has invested enough in the industry?

The government has not invested enough. The last administration tried to help build capacity and finance the industry. This was the first time this had happened because for many years the industry started on its own without any support from any government and was run by the private sector with individuals pushing for its growth with little or nothing. These individuals have gone out of their way to make it a very large company to the point of becoming the second largest industry in the world. Under President Goodluck Jonathan, the Nollywood Bill was introduced, which allowed practitioners to be sent for a short training course at universities and film schools abroad. This was because a lot of people in the industry had no filmmaking experience before. The former government also funded some production houses because many practitioners ran out of money as a result of a system failure that prevented them from making films. These people received a government grant to shoot their films. Thus, these contributions from Goodluck Jonathan’s government cannot be quantified.

How can filmmakers and the industry attract more investors?

Previously, the banking industry did not take our work seriously, but now, after Project Act Nollywood, the government, through the Bank of Industries, is giving low interest loans to filmmakers. After other banks saw the flow, they started to develop their interest. If you have a project that can triple your capital, you will find that any investor will have an interest in it.

What are your biggest fears in life?

What is your message to newcomers to the industry?

Many newcomers see the industry as a playground and are there only to make money. I will advise them to make it a profession if they are interested in the industry. First of all, ask yourself if you are gifted and have talent in a specific area outside of acting? There are other sub-professions in the industry besides acting. There’s directing, makeup, photography, creative writing, cinematography, etc. Everyone has a calling and if you don’t have the gift, you will have a hard time. I’ve seen people who have been playing “waka-pass” roles for the past 30 years and they haven’t made any headway in the industry.

Can you tell us a food that you can prepare very well?

All rights reserved. This material and any other digital content on this website may not be reproduced, published, broadcast, rewritten or redistributed in whole or in part without the express prior written permission of PUNCH.