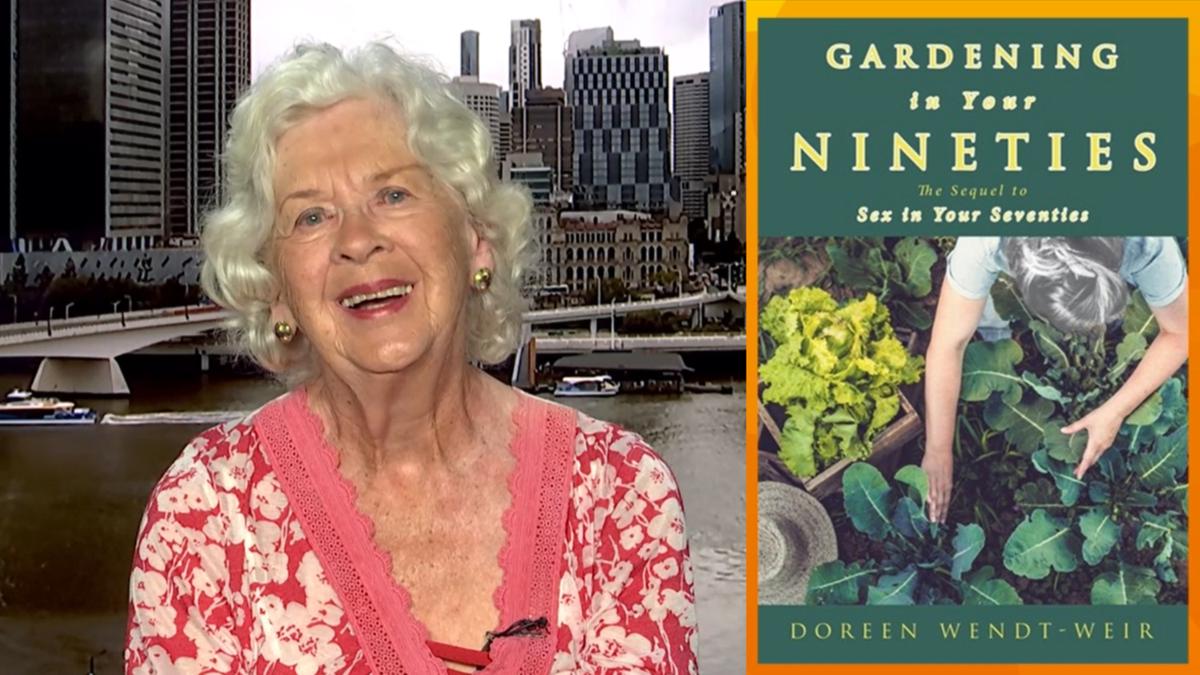 Doreen Wendt-Weir is a 93-year-old sex and relationship researcher who skipped school due to the outbreak of World War II, but then enrolled in a Bachelor of Arts in Journalism at the age of 71 years.

She continued to write the book Sex in your seventies, where she interviewed other retired Australians to share their advice on different facets of their lives.

Now Doreen has released a follow-up called Gardening at 90 and she joined The morning show from Brisbane to explain how she wrote the book specifically for older Australians who may be facing issues such as loneliness in the wake of the COVID pandemic.

“I’m just saying keep busy for god’s sake, get up and move. Do not sit there all day because it will not cure your loneliness. Join as many (groups) as you can, in order to have outings and company.

“If you can’t do that, and of course a lot of us can’t, because we don’t drive anymore, I say be hospitable. I always say we have lunch on my veranda… I think the loneliness will ease and keep us occupied, ”she said.

Doreen explained the themes her latest book covers and how she hopes it can inspire people of a similar age range to her.

“My opening words (in the book) are, of course, ‘I last had sex when I was 81’ and the story continues from there.

“It’s a memoir besides gardening, and of course there are also recipes using the produce from my garden and there’s a little love story woven through it all that may or may not be resolved.” , she explained.

The author also explained how the book details the benefits of being intimate later in life.

“Of course we’re not as nimble as we used to be, so if you think of any of those stunts that young people think of, forget it.

“But it’s just good old-fashioned sex and there’s nothing wrong with it,” she revealed.