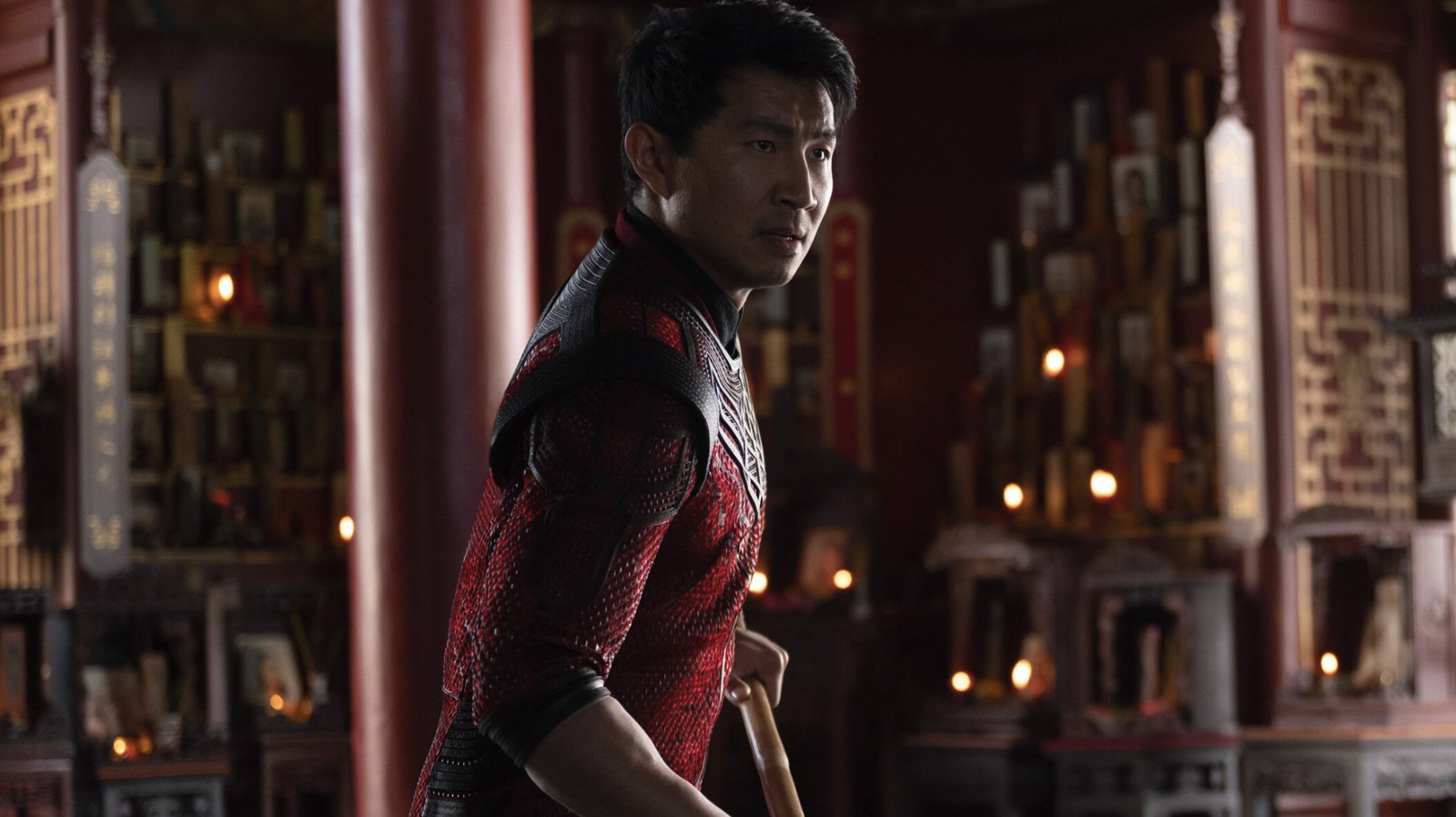 Prior to becoming a full-fledged producer on Marvel Studios’ “Shang-Chi and the Legend of the Ten Rings”, Jonathan Schwartz worked as an assistant to Kevin Feige before quickly climbing the ranks to become a creative executive in time for “The Avengers “in 2012. He then co-produced the first” Guardians of the Galaxy “, executive producer” Guardians of the Galaxy Vol. 2 “and” Captain Marvel “, and as we discussed in an interview earlier today , he currently oversees several projects at the studio, working as part of a brain trust alongside Feige and several other Marvel executives.

Read on to get a feel for how big decisions are made behind closed doors at Marvel, how Schwartz and “Shang-Chi” co-writer / director Destiny Daniel Cretton lured Hong Kong legend Tony Leung to playing the villain of the movie, and more.

(This edition has been edited for clarity and brevity.)

You started as an assistant to Kevin Feige, but are now a full producer for “Shang-Chi”. I know you were previously on Marvel’s “creative executives” list, so are you still working in some sort of broad surveillance capacity, or are you now laser-focused on one movie at a time?

This is a really interesting question, and the answer is a bit of both. There are a few people in my role at Marvel Studios, and usually we oversee one or two projects as I oversaw “Shang-Chi” from start to finish. At the same time, we work on scripts and see film clips. It’s a great creative group, and we all have input on the wide range of projects on the slate.

Obviously, Kevin has an incredible understanding of how to tell stories with these comic book characters, but he’s still human, after all. So with that in mind: what’s the worst rating Kevin Feige has ever given? Is there a time when you can think of where you or any of the other Marvel members really must have dissuaded them from having an idea?

Nothing comes to mind, honestly. We’ve all probably given bad marks at one point or another. I’m sure I have. But the reality of the process is that these ratings tend to be given in the context of a conversation with the filmmakers, writers, and people involved in the process. So if there’s an idea that me, or Kevin, or someone else throws out that ends up not working because it’s wrong, or “we can’t do that, because of this and that, ”these ideas tend to be channeled and the best ideas inevitably rise to the top. This is part of the beauty and the spirit of collaboration: we all have the freedom to have bad ideas, because we know that we are our best partners and that we will watch each other. Inevitably, we will present these ideas in front of an audience that will say, We love it, this idea is great! Where Boo! And when they boo, those ideas are either corrected or they’re not in the finished product.

This is going to be a long question, so please indulge me: I’d like you to give me a portrait of what it’s like to be in the Marvel room when big decisions are made and what happens. ‘extend over several films. Let’s use this as a hypothetical example – and I promise I’m not trying to get a scoop or anything, it’s just to illustrate a point. Let’s say you wanted to introduce the “Fantastic Four” a few years later, and the way to incorporate them into the MCU would be some sort of multiverse event. When an idea As that one happens, do you immediately look at the projects you lined up before that – in this fictional example, it would be things involving the multiverse like “Loki”, “Spider-Man: No Way Home” and “Doctor Strange in the multiverse of madness “- and talk about how to lay the groundwork for that end result to happen?

It’s a complicated question, and the answer is, yes, sometimes – and sometimes no. Sometimes we have an end goal in mind that can be very specific or sort of abstract, and we talk about, ‘How do we get there in the right way? How do we tell this story? What projects make sense for this character or what to appear in? ”And sometimes things have happened organically along the way where we say,“ Oh, wouldn’t that be cool if we drove to that? ”It’s a a little bit of each, a little bit of discovery as you go, and a little bit of having a destination and driving towards it.

Can you think of an example of an MCU project where this kind of groundwork was laid in advance? The obvious answers would be “Avengers: Infinity War” and “Endgame,” as the entire MCU led to those movies. But other than these, were there any smaller decisions that you laid the groundwork for?

Thanos is kind of the big one, and the different appearances of Thanos throughout phases one through three that led to “Infinity War” and “Endgame”. Captain Marvel is another: sow the beep at the end of “Infinity War”, then go back in time to the Captain Marvel movie, then bring her back for “Endgame.” It was cool. These are the two on top of my head.

A while back, there were rumors that Shang-Chi could have appeared in a post-credits scene from “The Avengers” made specifically for China. Can you shed some light on that for us? Is it a real thing?

OKAY. It was in the book of a guy who worked with Marvel at one point, so I remember some people who ran with it.

I am not at all aware of it.

If memory serves, Shang-Chi is one of the first films that was mentioned in the mid-2000s as part of the Marvel Slate before Marvel Studios even existed. From your perspective, what was it like to see the trajectory of this film unfold over all these years?

I’ll be honest: I haven’t really followed it as a development property outside of Marvel Studios. I can say that when we decided to make it a studio it was more or less a straight line of, we do “Shang-Chi” To “Shang-Chi” hits theaters. Basically that’s how it goes. We get a release date, we get a character, we do the comic book research, and from there we put the movie together throughout. So we took a little detour, it took a little longer than usual, but the journey is pretty straightforward.

I read the Tony Leung’s recent profile in GQ, and it was about the fact that when you and Destin were talking, Tony was Wenwu’s dream choice, but Destin wasn’t sure Tony would be interested. Can you tell me more about this process, how you went to see it and what those conversations were like?

Yeah, I think we just got him on the phone with Destin, they had a video conference, and whatever Destin said in that call about what he wanted to do with this character, Tony has creatively invested in the making of the movie. It seemed like he wanted to do something like this. It seemed like he was excited about the vision of a character that Destiny came up with, which is textured and nuanced, and I don’t know if you’ve seen the movie, but Tony was able to capture it all so beautifully and brought so much of texture to it. I think that’s what Tony was looking for for his Hollywood debut, and Destin gave him that solace and that vision in the way Tony deserves.

I also read that Destin himself had conversations with you at the start of this project, and then he kind of had a reunion, then another reunion, and finally he pitched. It seemed like a gradual type of process. From your perspective, did you look at Destin at the start and say: Oh man I hope it’s the guy and guide him slowly because it’s an approach that you adapted to him and what he was going through in his life at the time, or is it just a general approach that you take when producing a movie and looking for a filmmaker to direct The Boat?

It’s a bit of everyone. Sometimes you lead the process of the filmmaker, sometimes the filmmaker guides you a bit. I was very excited about Destin from the start when he raised his hand and said he cared about “Shang-Chi” at all. I’ve been a huge fan of him for a long time, so for him wanting to be a part of this process was exciting from the start. Maybe I was just trying to play a little cool and not let her know how excited I was. [laughs]

I’m curious about what your day-to-day life at Marvel is like. Take me a month in the future. I think the next IMDb credit for you is “Guardians Vol. 3” so are you actively having conversations with James Gunn about that right now? What do you think your daily life at Marvel will be like in a month?

Actually, I don’t produce “Guardians 3”. My colleague Sarah Smith is going to produce this one. I’m disappointed that I’m not back for this, but I know the movie is going to be awesome and I can’t wait to see it as a fan. I’m currently in London working on “Secret Invasion” which I think is going to be really cool and I’m very excited. It’s a very different flavor for Marvel Studios. Then I’m in the early days of development that I can’t comment on yet, typical Marvel fashion. But like on “Shang-Chi”, it involved deep dives into the comics, putting together rosters of exciting writers and filmmakers, creating the groundwork for the ideas that will make this movie feel new, fresh, in the end. and cool and hopefully we’re pretty excited about it to then talk to other people and get them excited about it.

I mentioned at the start that you were Kevin’s assistant, and you proved to be a great asset to Marvel as you rose through the ranks there quite quickly. How does it feel to work alongside Kevin these days? As a result of this massive event that was “Avengers: Endgame,” as we move into a new era of Marvel featuring all of these new characters that audiences aren’t very familiar with? Does it look like those early days?

It has changed quite a bit. We have evolved a lot. But I’ll tell you, it’s as exciting as it ever was. There is such a wide array of characters available to us and stories to tell, and now we have Disney +, where we can tell stories that we maybe couldn’t tell or wanted to tell in a movie format. , which make perfect sense in a TV or streaming format. This opens us up to greater creative risks and cooler creative concepts. “WandaVision”, “Loki”, “The Falcon and the Winter Soldier”, “What if …?” – all so different, all so cool, all such great role models for the future and where the universe can go. And the other side of that continues to push the boundaries of cinema, to make these movies feel distinct, cool, and different to audiences, and to determine what the next wave of Marvel movies will look like. It is an exciting challenge.