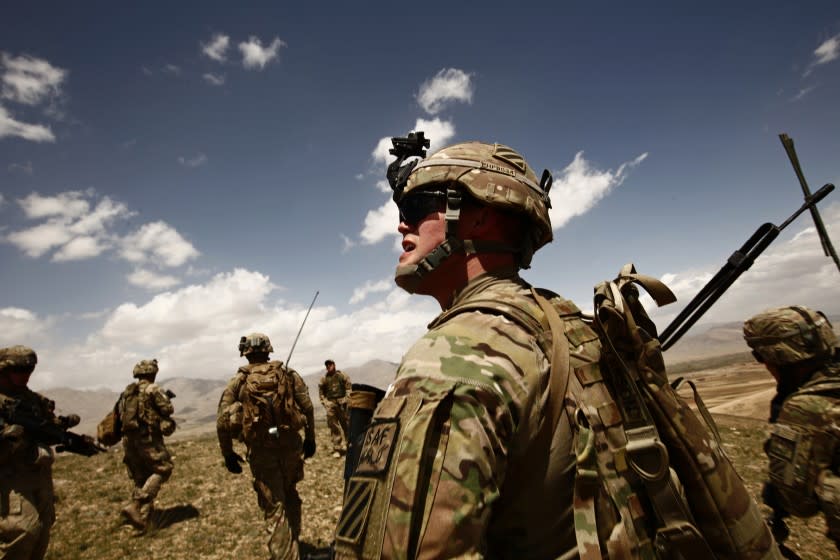 For the publisher: In 1975, I watched Saigon and the rest of South Vietnam on television fall into the hands of northern troops. I was heartbroken. Not only did I know people who were almost certainly always there and would face dire consequences, but I also wondered what my time there was for. (“The mistakes made by the United States in Vietnam were repeated in Afghanistan. We must break the cycle”, Opinion, August 18)

Later, I understood that American policymakers had long believed that defeat would be the inevitable result of our involvement in Vietnam. They knew that when American forces were withdrawn, the South Vietnamese government would soon collapse.

Now, as we witness the staggering collapse of the US-backed Afghan government, the only thing I can think of is that we always knew this would be the culmination of our longest war. The only thing that should be surprising is the mind-boggling speed with which it came.

Now I think of the men and women who spent their youth in this distant place, some never returned to their families. Those who have served under such circumstances must find our own justification for what we have done. We have to come to, for ourselves, the reasons why it was or was not worth our sacrifice, and then we have to live with it.

So today I’m heartbroken again. The future is not bright for Afghanistan. But then we always knew it would.

For the publisher: The fall of Afghanistan is a kind of already seen for me.

In February 1975, I was working as a microbiologist for a pediatric nongovernmental organization in Phnom Penh, Cambodia, as the Khmer Rouge crowded in, bombarding parts of the city. The Americans were flown from the American Embassy in Bangkok, leaving behind all of our Cambodian friends.

What happened in Cambodia broke my heart; what is happening to Afghanistan is breaking it again.

Still, I have some hope. In 2006, I returned to Phnom Penh, where I saw the imagination, perseverance and flight of the human spirit, despite old and new assaults. This unstoppable hope in the human spirit gives me the strength to pray for the people of Afghanistan.

For the publisher: In his opinion piece “The Rapid Fall of Afghanistan Shows Biden Was Right to Withdraw,” Charles A. Kupchan repeats a common mistake by referring to the “Eternal Wars in the Middle East”.

To be fair, it should be noted that there have been no US deaths in Afghanistan since February 2020. Essentially, the 3,000 US troops who were stationed in Afghanistan prior to the announcement of President Biden’s withdrawal were a stabilizing force. .

When the president announced their impeachment on a certain date, it resulted in tragic destabilization.

Should the US military forces stationed in Germany, Japan, South Korea and Kosovo be seen as perpetuating “eternal wars” in those countries and regions, or ensuring peace and stability?

The writer is Emeritus Professor of Political Science at Pepperdine University and author of the 2011 book “Vortex of Conflict: US Policy Toward Afghanistan, Pakistan, and Iraq”.

This story originally appeared in the Los Angeles Times.