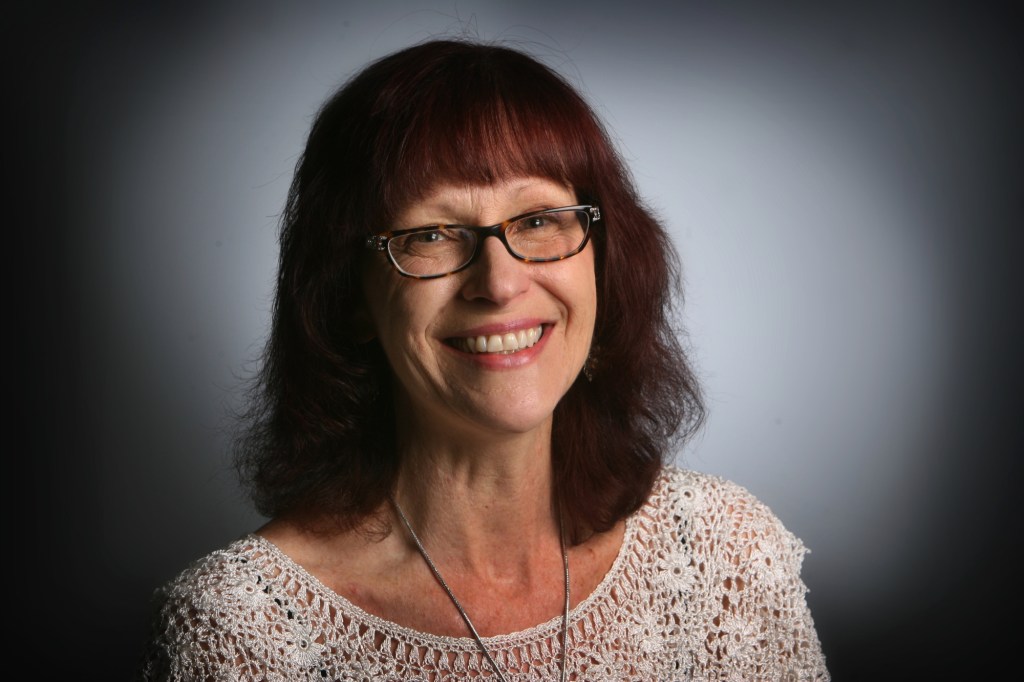 Four years ago I started leading the Beat Poets reading series at Idyllwild and occasionally invited guest poets. On July 16th, Brendan Constantine joined us for our Beat Night Special at Middle Ridge Winery. This was the second time he had joined us, and it was another hallmark performance of blazing intelligence and spirited delivery. It was Brendan’s first gig since the pandemic started, during that little window of opportunity where we could actually meet, without masks and without danger, inside the vaulted ceilings and the immense space of the cellar.

Constantine has received the support and commissions of many prestigious organizations, including MOCA, the Getty Museum, the James Irvine Foundation and the National Endowment for the Arts, with appearances on “All Things Considered” by NPR, TED ED and numerous podcasts. His work has been published in many leading literary journals. His most recent collection is “Dementia, My Darling” (2016). He currently teaches creative writing at Windward School. In addition, it offers poetry workshops to veterans, hospitals, foster homes and homeless shelters. He is working with the Alzheimer’s Poetry Project and speech therapist Michael Biel to develop the first poetry workshop for people with aphasia. Every summer Constantine teaches a poetry workshop for the Idyllwild Arts Summer Poetry Program, so now was the time to catch him for our series of readings.

Constantine has captivated our large eclectic audience of writers, artists, actors, musicians and photographers with his wacky and innovative work, hilarious wit and mercurial performances. The audience went wild – laughing, clapping, clapping and finally reflecting on the deeper nuances of his work. Brendan bears the mark of a great poet. He might just be genius.

Here is my interview with him.

Question: Am I correct in saying that you took the Idyllwild School of Music and Arts summer program when you were a teenager and that’s when you lived here and started loving Idyllwild ?

Constantine: I did not attend ISOMATA. I went to the now defunct Desert Sun School, which later became Elliot Pope. My family started taking me to Idyllwild for a vacation in the mid 70’s and I was so struck that by the time of high school (1982) I applied to DSS. Idyllwild has never let go of my heart. This is where I spent so many years of training, you know?

Question: How long have you been teaching poetry workshops in the Idyllwild Arts summer program?

Constantine: I started working with Idyllwild Arts in 2000, supporting the early iterations of Writers Week.

Question: Are you over five pounds? Got a new poetry book coming out soon?

Constantine: I have four complete collections, a fifth in preparation and seven other “chapbooks” of poetry. The new book is of real interest, but I haven’t chosen a publisher yet.

Question: Can you tell us about your new book?

Constantine: The new book is called “The Game of Opposites”. It is titled after a poem, the premise of which is a sort of organizing principle for the entire manuscript. Throughout, the reader is offered an inverted perspective of the world, of daily life lived in a new order, of the trades of the sun and the moon. Hope people will like it. I tried to hit all the notes.

Question: Were Anne Waldman and Laurie Anderson influenced in your presentations, since both use theatrical performances?

Constantine: Laurie Anderson and Anne Waldman have greatly influenced my work. They are quite wonderful artists and they have shown me that you can do your job without getting roughed up. Without ACTING, so to speak. That if you just modulated your voice like you would if you were talking to people in person (maybe people you were meeting for the first time), you could connect with an audience on a higher level.

Question: Have you ever met them?

Constantine: I met Anne Waldman and she was lovely. Very receptive.

Question: What other poets have influenced you?

Constantine: I have to say that one of my idols, whom I also met and with whom I even shared a podium, was Brigit Pegeen Kelly. As far as I’m concerned, she was the greatest poet of my life. I still miss her.

Question: Have you played in New York?

Question: Have you read in Europe?

Constantine: I read all over Europe – Paris, Germany, Slovenia, Belgium, Amsterdam, England, Ireland, but also Greece and the Mediterranean.

We’re fortunate that in July 2022 he’s back in Idyllwild, offering a powerful two-hour poetry workshop at Middle Ridge Winery in Idyllwild. There will be a final public reading for workshop participants later in the week. Brendan promises his workshop students a new completed poem and a number more in preparation. I am really looking forward to it. If you would like to be on the list to be notified of the workshop or related Beat Night events, contact me at [email protected]