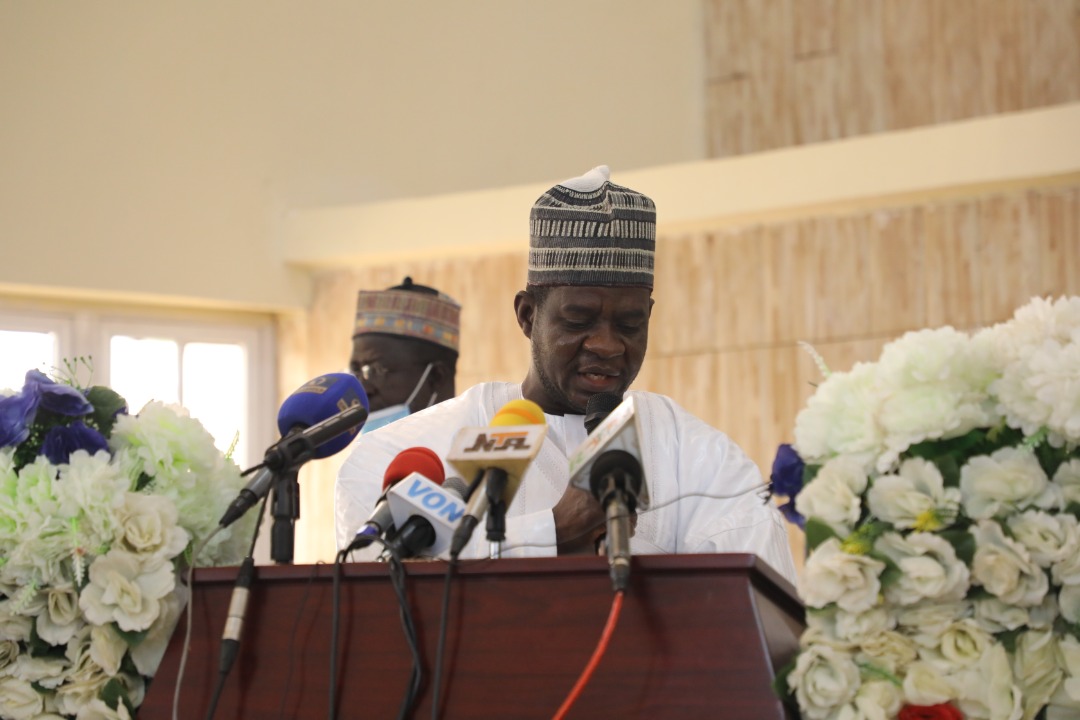 The book was presented to the public by the Governor of Sokoto State, Aminu Tambuwal, and the Sultan of Sokoto, Abubakar Sa’ad, at the International Conference Center, Kasarawa, Sokoto.

The presentation was part of the events commemorating the 15th anniversary of Mr. Sa’ad’s installation as Sultan of Sokoto.

“With the exception of the title, it was the sum of Mr. Last’s 1964 doctoral thesis, verbatim. It was the first doctoral thesis approved by the University of Ibadan, ”Mojeed said in a statement ahead of the event.

“The book is the only West African edition and has been printed for distribution by Premium Times Books,” he said.

At the event, Mr. Mojeed said: “As Nigerians, we have not used the legacy of the Fulani Empire or the Sokoto Caliphate to our advantage.

“It is in our interest to study how so many emirates in such a large federation have survived for a hundred years.

“Yet its legacy in Nigeria carries over into current debates over constitutional reform, restructuring and regional self-government,” said Mojeed.

Read the full text of Mr. Mojeed’s speech at the event below.

Once again, we thank Your Eminence (the Sultan) and Your Excellency (the Governor) for the opportunity to present the Sokoto Caliphate on this glorious occasion.

The publication The Caliphate of Sokoto fulfills the three missions. I will develop each of them starting with the third mission.

Several editions were produced during the first forty years of the book’s life, both in e-book and print form, by publishers based in London and New York.

During these years the book was celebrated around the world as the most authentic historical document of the jurisdiction known to European explorers as the Fulani Empire or the Sokoto Caliphate.

But no Nigerian or African publisher stepped in to publish the book, not even the University of Ibadan Press, the editorial arm of the institution that awarded Professor Murray Last a doctorate for his work on the book. In 2009.

A Hausa edition was produced by the Center for Hausa Studies at the Usmanu Danfodiyo University here in Sokoto. As laudable as this effort is, it has not satisfied the need for an edition of the book that all Nigerians can relate to. Today, fifty-four years after it was first published in London, we bring it home.

At the end of 2019, Premium Times Books began discussions with Professor Murray Last regarding the publication of the Nigerian edition of Sokoto Caliphate, to which he graciously agreed.

Today we are pleased to present the all-Nigerian edition of Sokoto Caliphate.

The Sokoto Caliphate is, and always will be, one of the most important books ever written about Nigeria, the obvious reason being the subject of the book.

It is almost impossible to overstate the importance and achievements of the Fulani Empire or Sokoto Caliphate as a jurisdiction in the 19th century.

Geographically, it was the largest state in Africa. At its peak, the caliphate extended 1,500 kilometers from Djerem, Faro and Deo, Mayo Banyo, Vina and Touboro – all in present-day Cameroon, passing through northern Nigeria, the Republic of Benin, Togo until Dori in present-day Burkina Faso. Back then, it took four months to cross the caliphate from east to west.

The north-south border stretched from Agadez in what is now the Republic of Niger to Ilorin in Nigeria. It was a confederation of about thirty emirates, conceived, established and led by Africans without any contribution from Europeans or Arabs even though their leaders spoke and wrote Arabic.

Many Europeans, including Heinrich Barth, Hugh Clapperton, and many merchants, mercenaries and administrators of the Royal Niger Company, visited the caliphate to see this African achievement.

As Nigerians, we have not used the legacy of the Fulani Empire or the Sokoto Caliphate to our advantage. It is in our interest to study how so many emirates in such a large federation have survived for a hundred years. Yet its legacy in Nigeria carries over into current debates over constitutional reform, restructuring and regional self-government.

What lessons can we learn from it and on which of its traditions can our modern states build and build? At Premium Times Books, we believe that the book, The Sokoto Caliphate, is, at the very least, a great resource for the ongoing debates on Nigeria.

Good journalism is expensive. Yet only good journalism can guarantee the possibility of a good society, responsible democracy and transparent government.

For free and ongoing access to the best investigative journalism in the country, we ask that you consider modestly supporting this noble enterprise.

By contributing to PREMIUM TIMES, you help maintain relevant journalism and keep it free and accessible to everyone.