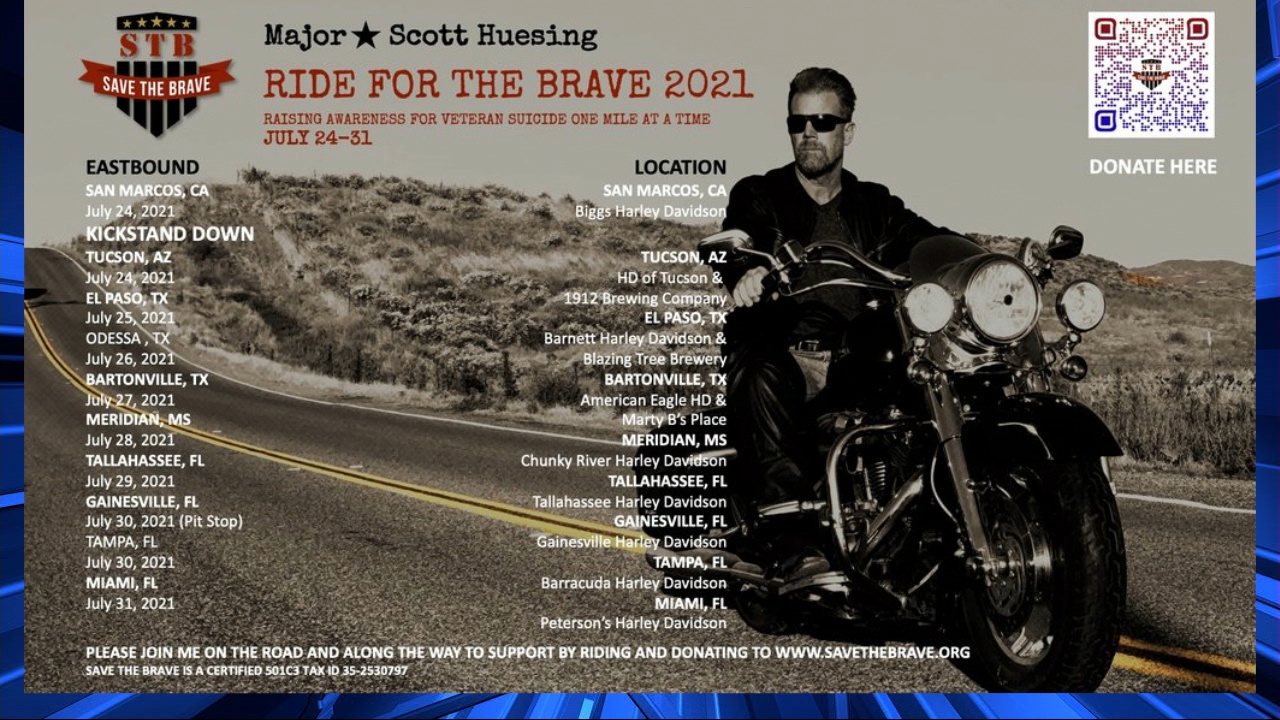 SAN DIEGO (KUSI) – Major Scott A. Huesing USMC (Ret), the bestselling author of Echo in Ramadi, once again this year drives his Harley Davidson motorcycle across the country (3,000 mi) for Save the Brave ( STB) to raise awareness about Veteran Suicide. Huesing (51), the executive director of Save the Brave (501c3) began this hike in 2020 to honor his high school friend and veteran, David W. White (48), who died of alcohol poisoning on Sunday, June 7. 2020, in Butte, Montana. Huesing will ride from Biggs Harley Davidson in San Marcos, California to Peterson’s Harley Davidson South in Cutler Bay, Florida, south to Miami, Florida.

Along the way, Huesing will make several stops to ask supporters to donate to STB and accompany them on their veteran suicide awareness journey – stressing that these are no longer statistics, they are friends, sons and daughters. brothers we all know. .

He will be joined by other veterans and horsemen from all the states he will pass through in the midst of the July heat. Their goal – $ 50,000.00.

When asked, “Why did you choose July to make this trip?” Huesing replied, “I didn’t choose the month – the month chose me. If nothing else, it’s a reminder to everyone who joins me along the way that we may have to suffer a bit to remember exactly why we’re driving. Veterans struggling with depression, alcohol abuse and PTSD are particularly affected by the isolation this pandemic has caused in many cases.