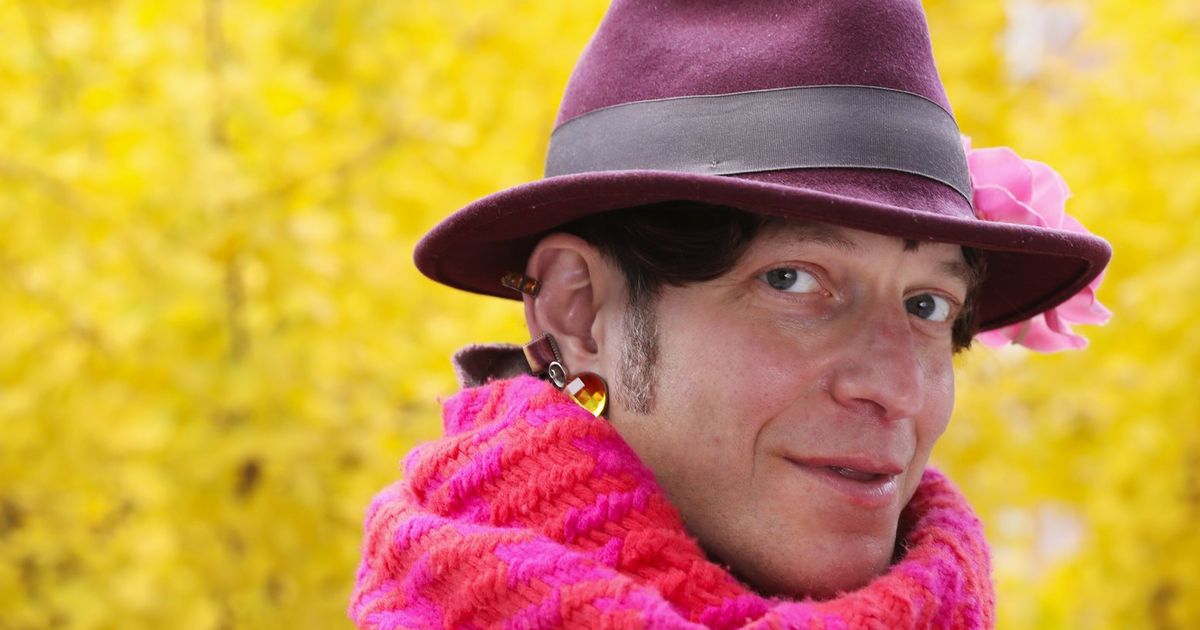 Seattle author Mattilda Bernstein Sycamore came of age in San Francisco in the 1990s, at a pivotal time as the HIV / AIDS crisis shifted from the certainty of mass death to the possibility of a future for gay people. in the USA.

Before the widespread availability of life-saving drugs, but after the terrifying first years of silence, confusion, and willful neglect of the deadly virus, Sycamore and her peers experienced life in between. The title of his new anthology, “Between Certain Death and Possible Future: Queer Writing About Growing Up With The AIDS Crisis”, Summarizes the complexity of queer growth in this in-between. This place itself is not between two fixed points, because there is no tangible “before” or “after” line.

The book is vast in scope, perspective, style, and experience. There are countless stories to tell about this period, which was experienced in countless ways. “Between Certain Death” is a great work of collecting, presenting, loving the stories of its 36 contributors and all those around them, before and after.

The Seattle Times spoke to Sycamore on the phone about desire and danger, the politics of emotion and what it means to survive.

What was your vision for this book, and how did you go about soliciting the work of contributors?

I realized that there was a generation missing in the media stories and perspectives on HIV and AIDS. Usually we hear of two generations: the generation that grew up and experienced sexual liberation, then saw whole circles of friends die of a mysterious illness while the government did nothing to intervene … and a a generation now coming into adulthood with treatment and prevention available, unable to understand the extent of the loss. The narrative of these two generations – especially in queer worlds, in LGBT media – is that they will never understand each other. And I thought, wait a minute, there’s a generation in between, and that’s the generation that I’m a part of. We came of age in the midst of the AIDS crisis and internalized the trauma as part of being queer. We have elements of these two generations that we generally talk about. I have called for nominations and compiled as wide a range of stories from this generation as possible. Large in terms of race, class, gender, sexuality, religion, HIV status and any other markers of identity and experience. And also broad in terms of subject, perspective, style and analysis. I feel like this missing generation is the bridge that people always say doesn’t exist. This conversation is alive.

Can you talk about the idea of ​​danger and desire being intertwined?

The first time I heard of a gay man in public was Rock Hudson dying; it was on the cover of the National Enquirer. In my memory the headline read: “Rock Hudson is gay”. When I searched for that title, I couldn’t find it, because what it actually says is, “Rock Hudson is dying of AIDS. It was my first experience knowing that someone was gay. Desire and death were always linked; there was no deathless sex in the room. It’s that generational story. We don’t have a “before”. There is no “before” AIDS. We’ve never experienced that. And there is absolutely no possibility that we are living. I think choosing to have a sex life anyway was choosing desire as a necessity, despite the world telling us we were going to die. I think choosing desire anyway is resisting this narrative. And choose to take care of each other. Because that’s another part. It is not desire in itself, it is desire as a community practice of resistance.

How have you thought about and centered the political nature of the disease, and ultimately of the bodies, while editing this anthology? Have your thoughts about these things changed over time?

For me, the AIDS crisis has always been political, because it was based on a government that refused to intervene as thousands and thousands of people died. In the public image, they were homosexuals and drug addicts. The only group people initially cared about were hemophiliacs, because they were considered innocent. There was this hysteria, it was as if the homophobic attitudes had turned out to be correct: that you deserve to die and therefore you are dying. There is no way to respond to this effectively without challenging homophobia as well as racism, classism, misogyny, transphobia, ableism. People talk about intersectional analysis, but the intersections were in people’s bodies and are in people’s bodies. … Now everything is privatized. There was still this presence of death, but it was like they weren’t my mourning dead. I felt like I didn’t have this sorrow, like it belonged to a different generation. One of the things I want to do with the anthology is allow all of us to experience our grief, trauma, loss, loneliness, laughter, fun, all together. I think when we internalize the grief and trauma the consequences are devastating, and we see it over and over again in the gay and queer worlds.

In the introduction to the book, you write: “Let’s talk about everything. Let us feel all this so that our future remains possible. Can you talk about how sentiment makes the future possible, and how that idea shapes this book?

This book is about feeling, in the center. It makes the future possible, because how do we exist in all of our complications, nuances, messes and potentials if we can feel it all? I think for a lot of us, especially this generation that’s essential to the book – but I would say every generation of queers, especially if we’ve grown up in a world that tells us we deserve to die just to exist – I think we have to trigger the emotion in some way to survive. But at some point, survival at the community level becomes impossible unless we can let the feeling come back.

What do you think survival means for the people of this bridge generation today, and what does it mean for you?

It’s different for everyone and I don’t want to impose a particular narrative. For me, the strangest thing, or perhaps the most surprising, was that I felt the most sexually liberated when I came of age in San Francisco in the early ’90s, when I felt like everything the world was dying. There was that sense of mutual camaraderie in the resistance and desire and I think a lot of it was gone, culturally. I guess I would say survival for me depends on the day.

Following the launch of “Between Certain Death and a Possible Future”, Sycamore has several virtual events in the coming weeks. Details can be found on the Sycamore website: mattildabernsteinsycamore.com/events.

on Twitter: @sarahmarie wrote. Sarah Neilson is a Seattle-based freelance writer and literary critic. They can be found on Instagram @readrunsea; and on their website: sarahneilsonwriter.com.