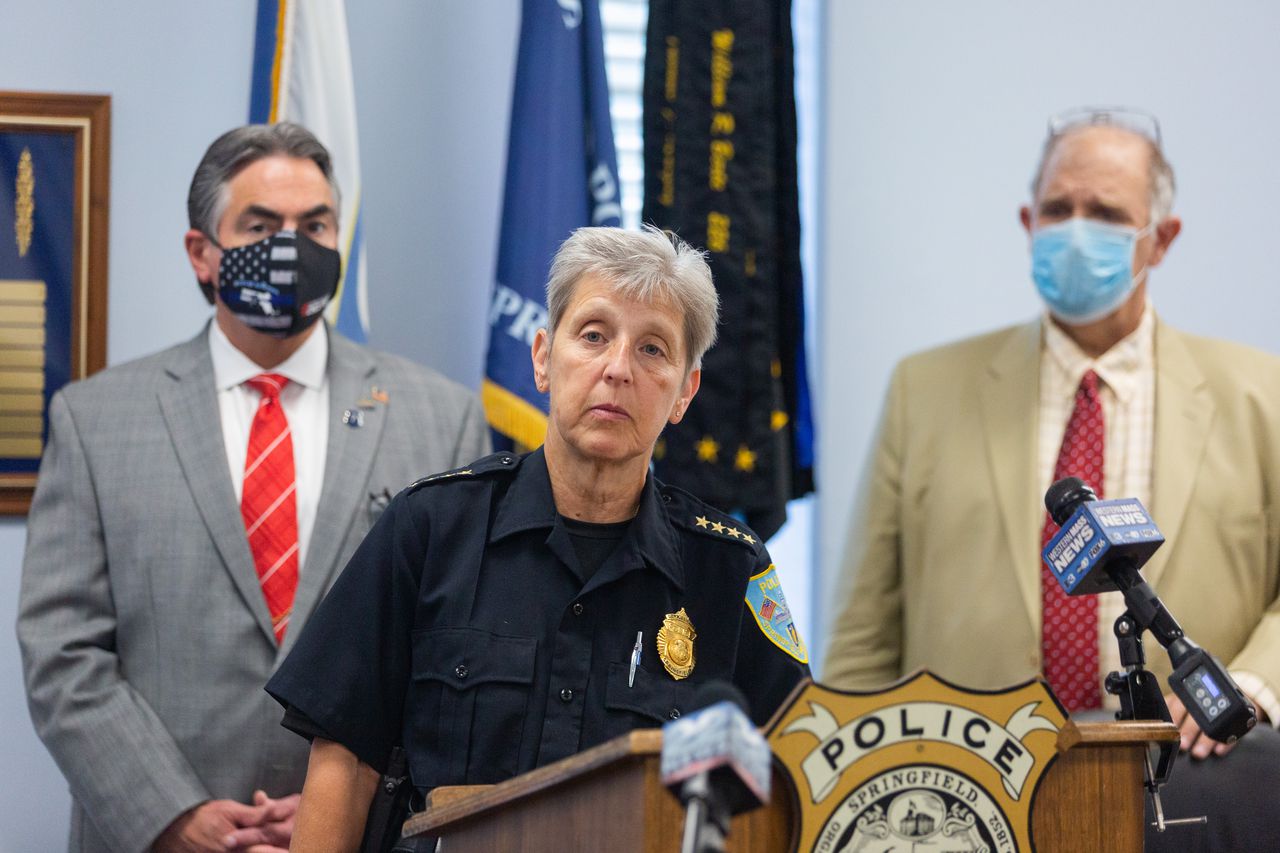 SPRINGFIELD – City councilors who met with Police Commissioner Cheryl Clapprood on Thursday said they were delighted to hear progress on reform efforts following a highly critical report from the US Department of Justice and recommendations from the advice for change a year ago.

Additionally, Public Safety Committee Chairman Orlando Ramos and Clapprood have committed to communicating more and working in partnership to continue and expand policy and procedural improvements.

“Obviously we all want the same thing – the best police service we can have,” Ramos said at the end of the public safety committee meeting, which lasted over an hour. “We are making a lot of progress. We will continue to make a lot of progress if we work together. “

Claapprood, in turn, said she appreciated the support from Ramos and the other advisers and would work with them.

The meeting took place a year after the Justice Department released a report alleging that the Police Narcotics Unit “engages in a pattern or practice of excessive use of force”, violating human rights. constitutional rights of civilians, and that it lacks accountability.

A month before this report, city councilors led by Ramos stood on the steps of town hall to issue a list of four recommendations, including a ban on police strangling and a focus on “de-escalation.”

Ramos said he was concerned about the little communication coming to police department advisers since the report. He also criticized the ministry for issuing a press release Thursday morning on the policy reviews ahead of the committee meeting. Clapprood has apologized for the time of this posting.

Councilors lobbied to re-establish a civilian commission to oversee the police service instead of a single commissioner. Mayor Domenic J. Sarno and Clapprood have defended the current commissioner system, and Sarno is fighting a court ruling to reinstate the citizens’ commission.

City Councilor Justin Hurst, who has repeatedly called on Clapprood to resign or be removed from his post as commissioner, did not attend the meeting. He said he was on a family vacation in Maine and was back Thursday night.

Hurst said he supported what Ramos was advocating, saying: “I think we should look to work together on police department reform.”

Councilor Tracye Whitfield, who also said Clapprood should resign or be removed from office, attended the meeting and said the police reform should be passed by the police to improve the department and “because it will not go away “.

Municipal attorney Edward Pikula, attending the meeting, said a negotiated deal with the Justice Department is expected in September, limiting what he could say about meeting the recommendations in his report. He said he will provide information to the board in executive session.

Ramos said he was happy with the changes that have been made or are underway. This includes a written policy that prohibits strangling except in extreme situations where the officer’s life is in danger, and an effort to improve the ability of citizens to file complaints online and by phone, Clapprood said.

The other advisers present at the meeting were Jesse Lederman, Melvin Edwards and Timothy Allen. The advisers thanked Clapprood and Pikula for the updates.