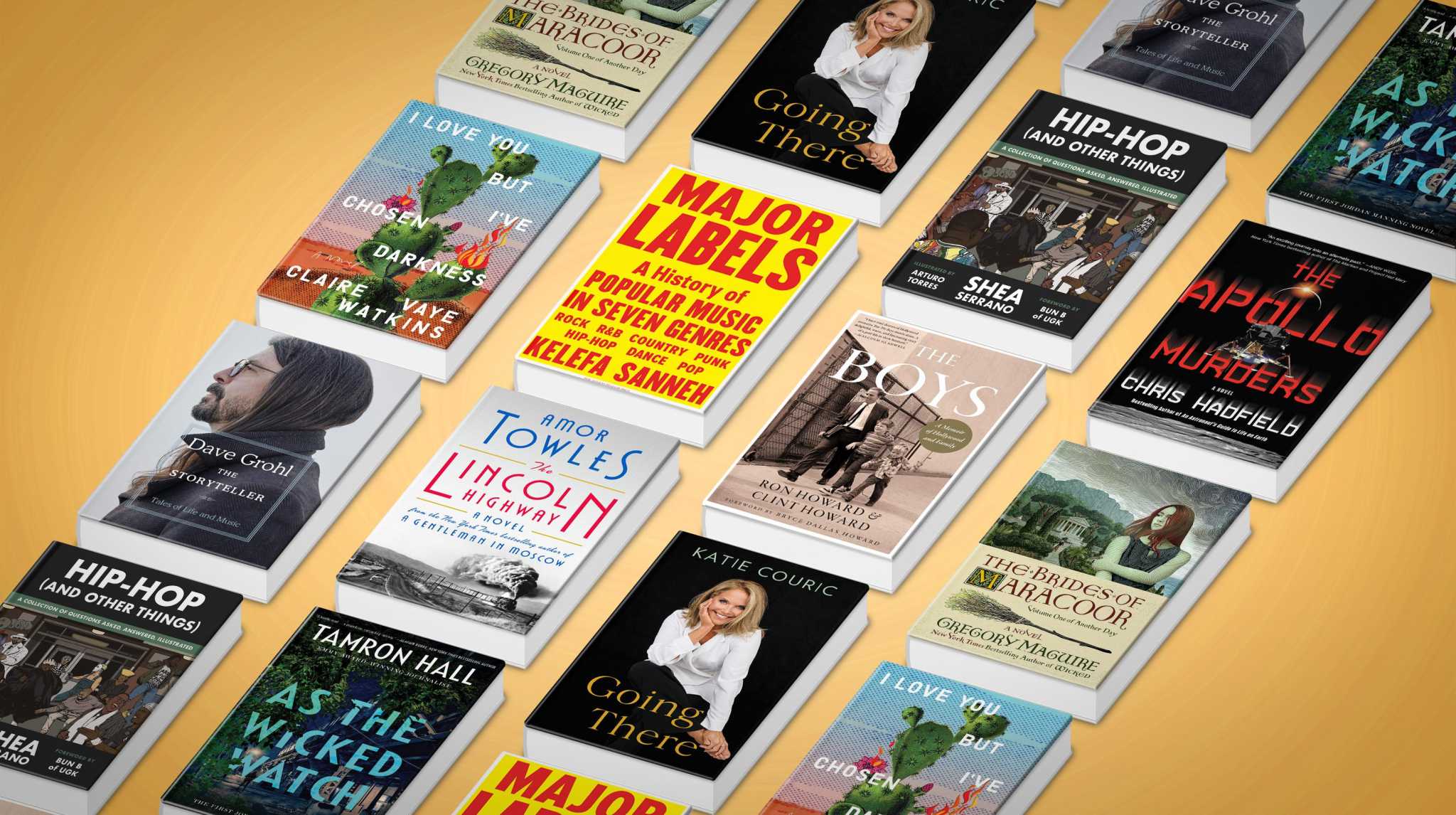 October sees the release of several high-profile bios ahead of Christmas gifting season, as well as a return to Oz from the author of “Wicked”. Here’s a look at 10 new books that are worth making some space on your shelves.

“I love you but I chose the darkness” Claire Vaye Watkins (Riverhead Books, $ 27): It’s hard to trace a clear path through Watkins’ second novel, which is about a new mother with postpartum depression who takes refuge in the Nevada desert and her memories. The novel jumps from style to style and changes style often, but wherever it lands it’s fascinating, whether it’s Spawn Ranch, once the home of the Manson family – including the narrator’s father – or the abandoned Myspace page of a deceased boyfriend. Watkins can bring up Joan Didion and David Cronenberg in the span of a few pages, leaving readers wondering where she will turn next. On sale now.

“The Lincoln Highway”, Amor Towles (Viking, $ 30): Devoted Towles fans are no doubt already immersed in his follow-up to “A Gentleman in Moscow”. “The Lincoln Highway” spans just 10 days and never stops moving. Set in the 1950s, it follows four boys – one of whom was just released from a work farm, where he was sent after being convicted of manslaughter – from the Midwest to New York City. On sale now.

“The Apollo Murders” Chris Hadfield (Mulholland Books, $ 28): Hadfield, an astronaut who commanded the International Space Station, has written a few books about his experiences in space. Today, he takes a giant leap into fiction with this thriller set in the early 1970s. It involves spy satellites and possible sabotage before ending in a life and death contest between an astronaut and an astronaut. female cosmonaut stretching from the surface of the moon to the landing. On sale Tuesday.

“The brides of Maracoor”, Gregory Maguire (William Morrow, $ 28.99): Rain, Elpheba’s green-skinned granddaughter, is the heroine of a new fantasy series set in the “Wicked” universe. At the start of the tale, she finds herself stranded in a strange land populated by unusual and powerful beings, and her arrival creates all kinds of trouble. Sounds familiar. There is no place like Oz, but Rain is far from home and won’t be back anytime soon. On sale Tuesday.

“As the wicked one shows”, Tamron Hall (William Morrow, $ 27.99): Former “Today” co-host and MSNBC presenter, Hall hosts a series about real crime on Investigation Discovery. Now she’s dabbling in fictional crime in the first of a series of planned thrillers starring criminal journalist Jordan Manning. Armed with a forensic science degree, Manning isn’t just covering the latest news about a serial killer preying on black women in Chicago, she might find out about the perpetrator. On sale October 26.

“Large labels”, Kelefa Sanneh (Penguin Press, $ 28): Sanneh, a New Yorker writer and former New York Times critic, looks back on the last 50 years of pop music – roughly the birth of the “rock star” in the 1970s or so now, when hip-hop groups Post Malone and Da Baby claimed that “rockstar” title for themselves. He’s interested in how the same music that unites people can also divide them into opposing fan tribes: country, rock, hip-hop, punk. Although he is an insightful critic, Sanneh really explores what people have listened to over the past half century, and they are not music reviews. No comparable story, for example, probably spends so much time on Grand Funk Railroad or emo. On sale now.

“The narrator,” Dave Grohl (Dey Street Books, $ 29.99): Books have been written about Nirvana, musician Grohl’s former band, but this one isn’t one of them. This world-changing band arrives in the eighth chapter of their new memoir and ends around the start of the 12th, after which they perform with Tom Petty on “Saturday Night Live” and finish recording the songs that would make up the first Foo Fighters. album: “I was proud of them, more than anything I had recorded before. Because Grohl, who was only 25 when Kurt Cobain died, playing well and playing well with others, would take him on many other adventures. On sale now.

“The boys,” Ron Howard and Clint Howard (William Morrow, $ 28.99): Brothers Ron and Clint Howard rose to fame as children, on “The Andy Griffith Show” and “Gentle Ben”. They write about their experiences with affection and honesty in this shared biography, which ends when Ron leaves “Happy Days” to direct. The brothers followed different paths. Clint’s was more rock, but even Ron discovered that fame could take its toll: When “The Andy Griffith Show” became a hit, he writes, all the kids in his grade school “realized Opie was rhyming. with doping “. On sale Tuesday.

“Hip-Hop (and other things)”, Shea Serrano (Hachette, $ 27): South African journalist and author Serrano completes a super fan’s hat trick with “Hip-Hop,” which follows similar efforts on basketball and the movies. Like in those books, he asks quirky questions – “How about a taxonomy of 50 cent advice” or “Where is the second most impractical place Ludacris mentions having had sex during” What is your fantasy? “? – to which he gives detailed, almost obsessive answers. If anything, Serrano is more obsessive here, which won’t shock anyone who has read “The Rap Year Book”, which predated his “(And Other Things)” trilogy. He devotes two chapters to Nas’ first album in 1994 “Illmatic” and closes the book by resolving one of the great debates in the history of hip-hop. On sale October 26.

“Go,” Katie Couric: The first cover of Couric’s memoir unsurprisingly focused on Matt Lauer, her now disgraced former co-host of the morning show “Today”. The book is being kept a secret, but in the information that has been reported, Couric is not rewriting the story to avoid criticism. According to a Los Angeles Times story, she reveals that she contacted Lauer with her support after he was fired for sexual misconduct. So look forward to stirring your tongue when everyone finds out what she has to say about her experiences on “Today,” “CBS Evening News” and “60 Minutes,” as well as her cancer awareness advocacy. after the death of her husband. , Jay Monahan, 42 years old with colon cancer. On sale October 26.